Pocket Monsters the Movie: Coco | Check out the trailer for the new Pokémon movie

Zarude, the new mythical creature, will have great importance in the plot

Pocket Monsters the Movie: Coco, the new feature of the Pokémon franchise, has just release the first trailer!

The plot shows Ash meeting a boy named Coco, who believes he is a Pokémon after having spent years living only with pocket monsters. The boy believes that Zarude, the mythical creature, is his father. After a danger arises, Ash and Coco must unite to resolve the situation and save the forest.

A brief promotional video and poster were also released, check out: 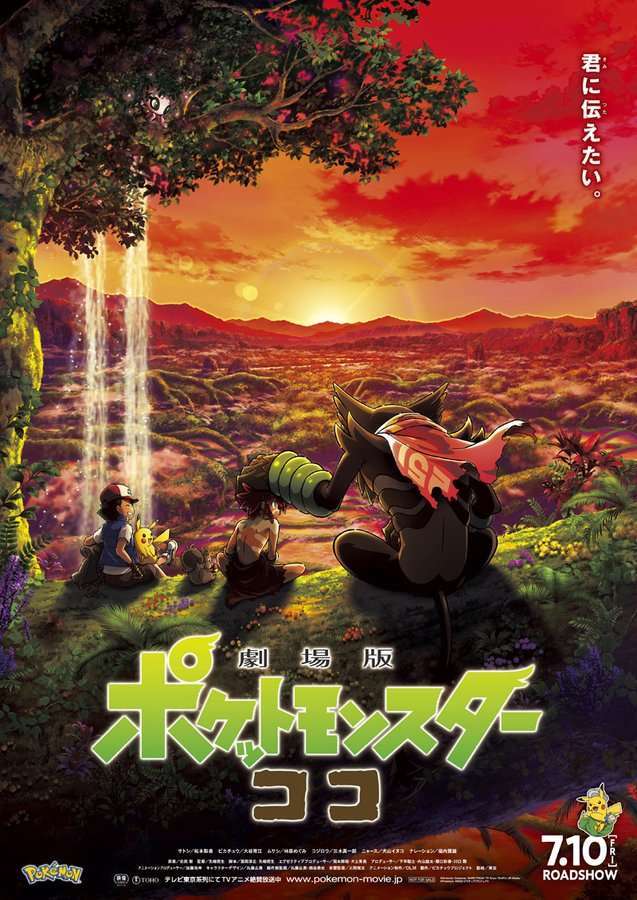 The current Pokémon anime, called Pocket Monster, takes place in the regions of Kanto, Johto and Galar, which is explored in Sword & Shield, the latest games in the franchise.

Pocket Monsters the Movie: Coco opens on July 10 in Japan. The release date in Brazil has not been released.